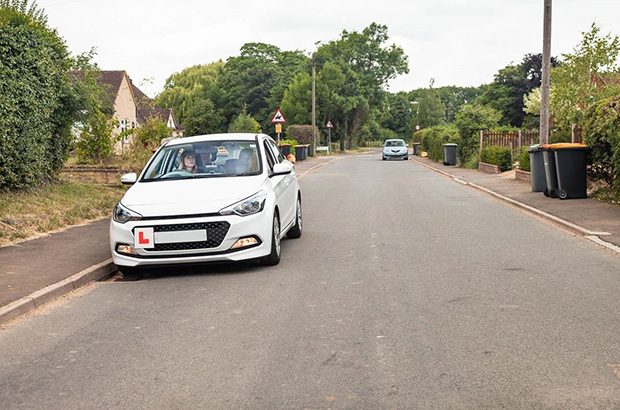 It's just under a month till the new driving test comes in on 4 December 2017. We've told you a lot about what you need to do to make sure you're ready for it, but how prepared are our driving examiners for it?

Two of our driving test examiners give their views on the training they've received.

In August, I attended an LDTM training course in Avonmouth in preparation for the upcoming test changes.  Even though I'd been part of the original trial, the training was really helpful and informative.

I was able to pass on my training to examiners at my test centre soon after, as my test centre closed for a day while it was surrounded by the Tour of Britain cycle race!

The first part of the training included showing the team how to set up the sat nav. We all had a go with the sat nav and everyone seemed impressed with how effective the dash mat is – it’s like magic!

We also went out in the car to look at the on-road elements of the new test. I did have some initial worries, as there have been some concerns about some elements of the test, such as timings and the new manoeuvres.

However, my concerns were misplaced. The examiners found the start of the test to be much quicker and smoother than the existing test. We then looked at operating the sat nav during the test practised assessing the two new manoeuvres.

Positive feedback from my team

The feedback from my team at the end of the day was very positive. They’re looking forward to learning the new routes and then starting to put the theory into practice on 4 December.

This positive feedback has given me more confidence going ahead. I'm looking forward to repeating the training with my other team at Chesterfield, and I’ve even volunteered to train another test centre in the manager’s absence.

As an examiner who has been with the agency for about a year, I was a little worried about how the changes to the test would work. But, after completing my training in September  I’m feeling much more optimistic about the changes.

Before the training, I was concerned about how the sat nav and different manoeuvres would work. However, I found the sat nav easy to fit and easy to use.

The new test felt much smoother and it's great that we can do manoeuvres and angled starts during the independent drive. This will save us a lot of time and stop us driving past opportunities to test them!

So, my team is feeling really positive about the changes and a lot more confident on conducting a new test on 4 December.

I’m looking forward to seeing the new test in action and I hope you are too!