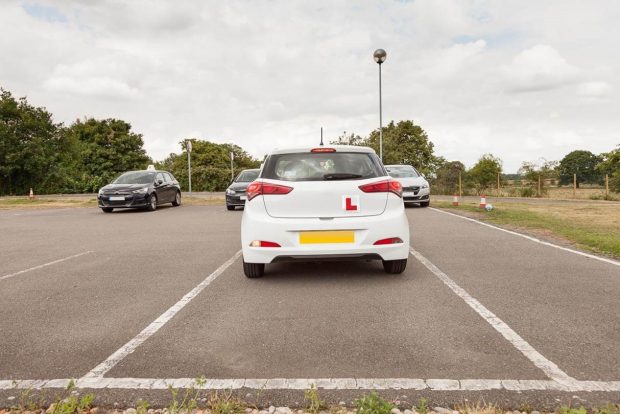 I'm Gordon Witherspoon, a Deputy Chief Driving Examiner. I was involved in the process to make sure the changes we’re making to the driving test are safe.

This included asking the Royal Society for the Prevention of Accidents (RoSPA) to carry out an independent risk assessment of the changes being made to the driving test. RoSPA is guided by the vision of life, free from serious accidental injury.

Improving the way people learn to drive and making the driving test more realistic is a vital part of reducing the number of people killed or seriously injured on our roads. Giving you assurance the driving test itself is safe is important to us.

RoSPA's team of highly-experienced safety professionals have knowledge that spans the entire spectrum of health and safety. They provide a wide range of services to all types of organisations and have worked with sectors like:

How we did it

On 27 September 2017, I met with 3 members of RoSPA’s team to show them the changes to the driving test.

I started by showing them the training package that every one of our examiners receives, as RoSPA’s team wanted to make sure they have the right level of support.

The training includes video clips of how the new manoeuvres will be carried out - the team thought these were easy to understand and a useful training tool.

We keep a training log of the training examiners receive, and I showed them what it looks like. I also showed them the new text included in the guidance we give to examiners on carrying out tests (sometimes known as the ‘DT1’).

RoSPA felt the guidance we provide is really thorough and was really impressed with the training package our examiners have.

Setting up the sat nav

RoSPA’s team were content with the procedure for installing the sat nav. I showed them how examiners will load a pre-programmed route, and how they’d position the sat nav on the dash mat or windscreen.

I also demonstrated how easily the sat nav can be adapted for candidates with special requirements. We blogged about other ways we’re making the test accessible for everyone in October.

Once the sat nav was set up and ready to go, I loaded a pre-programmed route to show the team how the new independent driving section will work. They agreed this hasn’t changed much, but the addition of a sat nav would help prepare new drivers for real-life driving.

Carrying out the new manoeuvres

As well as showing RoSPA’s team how our examiners will carry out the new forward bay parking manoeuvre, I also showed them the types of locations we think would be unsuitable.

For example, we wouldn’t ask a candidate to park in a car park where the layout isn’t easy to understand. Our examiners also won’t ask candidates to drive into car parks where they can’t see how busy it is before entering - unless the examiner knows it’s easy to drive around and exit.

RoSPA’s team agreed with these decisions.

Pull up on the right

Something RoSPA’s team were keen to see was the ‘pull up on the right’ manoeuvre. I showed them several locations and explained where our examiners will and won’t ask the candidate to carry this out.

I explained how the candidate would be expected to demonstrate this skill and told them the instructions our examiners would give.

I also showed them what would happen if the situation changed during the manoeuvre, and reassured them that our examiners are trained to deal with this.

The team felt the manoeuvre was low-risk and were impressed with the guidance given to our examiners on this manoeuvre. They agreed with me that pulling up on the right is real-life driving and is something learner drivers should be taught to do by a trained professional, rather than leaving it to chance.

Answering a show me question while driving

Finally, I demonstrated the new show me question on the move. RoSPA’s team agreed it was important to make sure new drivers know how to deal with this real-life distraction whilst driving.

RoSPA’s team found all the changes being introduced to the driving test on 4 December 2017 are low-risk. They felt the new elements of the test contain the same level of risk as the current test, such as carrying out an angled start.

They felt we’ve given driving examiners thorough training and provided good guidance on how they should carry out a dynamic risk assessment for each new part.

You can read RoSPA’s full independent report for all the detail of what they found.

We’re looking forward to the new test coming in on 4 December 2017, and we hope by better preparing young and new drivers for realistic driving we can help to reduce the number of accidents on Great Britain’s roads.