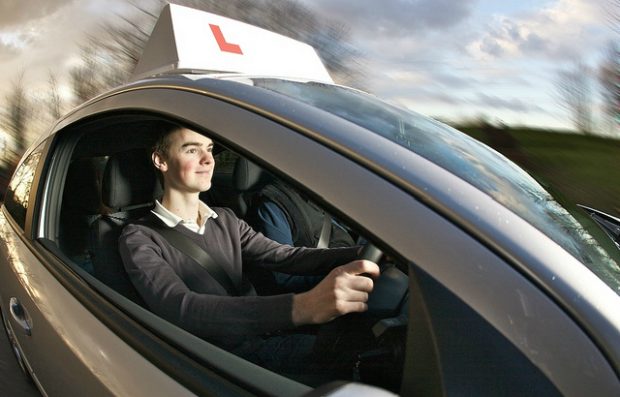 Back in April 2017, we announced that the driving test will change from 4 December 2017. The changes include:

The changes will make sure new drivers have the skills they need to help them through a lifetime of safe driving. They’re supported by driver training and road safety representatives who helped us to develop and trial them.

Any test taken on or after 4 December will be the new test. So, we want to make sure you have the information you need to prepare your pupils and help them stay safe on Britain’s roads.

We’re revising the manoeuvres so they better reflect real-life scenarios and how people drive today.

It’s vital your pupils know when it’s safe to carry out these manoeuvres, and when it isn’t.

Pulling up on the right

This manoeuvre involves pulling up on the right-hand side of the road, reversing for approximately 2 car lengths and then re-joining the traffic.

While the Highway Code advises not to park against the flow of traffic, it’s a legal manoeuvre that’s carried out by a lot of drivers on today’s roads. You might use it when pulling over to nip into a shop, post a letter, deliver a parcel or even if you live on the right-hand side of the road. So, it’s important learner drivers are trained to do it safely.

All your pupils will need to be prepared to pull up on the right when safe to do so, and then reverse. If a vehicle pulls in front then the exercise will continue.

If a vehicle pulls in behind and stops your pupil from reversing, then the exercise will stop and another manoeuvre will be carried out later in the test.

Forward parking in a bay

An essential part of everyday driving for most people is the ability to park safely.

We know that sometimes it can be more convenient to drive forward into a parking bay, such as in a supermarket car park when loading shopping, which is why we’re adding this to the test.

We understand you’ll need to use a car park to let your pupils practise this manoeuvre. We know you’ll be considerate of the car park owners and their customers by varying the car parks you use and moving on promptly.

Research shows that 52% of car drivers now have a sat nav so it’s important that drivers can use them safely.

Using a sat nav on the test means that examiners will be able to better assess how pupils drive independently whilst dealing with distractions.

Before the test starts, the examiner will secure the sat nav on the car dashboard using a special dash mat.

During the test, your pupil won’t need to touch the sat nav.

We’ll be using a TomTom Start 52 for the test, but I’d like to stress that it doesn’t matter what sat nav you use for lessons.

Our examiners won’t be looking at whether your pupil can set up and use a sat nav. They’ll be assessing how they manage the distraction while driving.

Your pupils can practise with any sat nav, including using a mobile phone as a sat nav. As long as the phone is suitably mounted and your pupil doesn’t adjust the phone whilst driving, it’s not illegal.

As we’ll be using our own sat navs with stored test routes, it would help your pupil’s test run more smoothly if you remove your sat nav before their test. Leaving your sat nav in the car could create an additional distraction for your pupil or make it more difficult to set up the examiner’s sat nav.

‘Show me, tell me’ questions

We’ve updated the ‘show me, tell me’ questions that your pupils will need to prepare for from 4 December.

The main difference will be that one of the show me questions will be asked while your pupil is driving. But, the main topics have stayed the same.

We’re committed to reducing the number of young drivers who are killed and seriously injured in road collisions. Most fatal collisions happen on high-speed or rural roads, so we want to make sure that everyone can use these roads safely.

Revising the manoeuvres will allow more of these high-risk roads to be included in driving test routes, as they won’t all need to be carried out on quieter side streets.

Using a sat nav on the test will also help to introduce better routes and different types of roads. Currently we’re restricted to carrying out the independent drive on roads where there are suitable road signs. This is often in urban and built up areas.

Using a sat nav means we’ll be able to conduct more of the test in more challenging driving environments such as on rural roads where there are fewer traffic signs.

We want everyone who's able to drive safely to be able to take and pass their driving test.

We worked closely with the British Deaf Association and showed them a demonstration of the new test when we were trialling the changes.

Their feedback was positive and they agreed to introduce a sat nav to the test made it easier for deaf drivers to have directions communicated to them, as they’ll get a visual aid.

There’s a good write-up on the British Deaf News website with more information about the impact the changes will have on deaf drivers.

We’re excited about introducing these changes to the test so that a new generation of drivers will have the skills and knowledge to help them through a lifetime of safe driving.

If you have any further questions about the changes, please ask them in the comments below. We want to make sure you have the information you need before the changes take effect on 4 December.